The book of Jonah contains one of the most famous of all Bible stories, which is the historical account of a rebellious prophet who is swallowed by a great fish, gets vomited onto the beach, and then preaches an eight-word sermon to a wicked city and everybody repents. But that’s not primarily what the book is about. Though the provision of a fish large enough to swallow a man, which just happens to swim by as Jonah is thrown into the stormy sea, is a miracle of God, this is not the main point of the book.

Nor is the book of Jonah intended to exhort us to be a good boy and obey God. Sadly, this is the way many children’s Bible story books tell it. Yes, the prophet disobeyed God, suffered the consequences, and eventually did what he was told; but the lesson of Jonah is not “Obey God the first time, because if you don’t you’re going to get into big trouble.” When the story is presented that way it becomes nothing more than an exhortation to moral improvement. Instead of being seen as an example of the triumph of God’s grace over sin, in order to carry out God’s plan of redemption, Jonah becomes nothing more than a moral lesson slightly more valuable than one of Aesop’s Fables.

What, then, is the point of the book?

Why did the Holy Spirit include it in His inspired Scriptures? Though there is more than one theme running alongside others, the truth that overshadows them all is this: God is God. He does whatever He pleases and whatever He does, it is always right. Jonah is a testimony to the truth of Psalm 115:3, But our God is in the heavens; He does whatever He pleases. God’s unlimited power and sovereign authority appear on every page of the book of Jonah.

In the exercise of His sovereignty in salvation, we also see that God’s love extends to the nations; that is, His plan of redemption includes people of every color and nationality. There is only one race—the human race—and God is reaching even now into all the nations to draw a multi-ethnic, many-colored church—a people recreated for His own pleasure.

The first chapter of Jonah sets the stage for a dramatic display of the sovereign grace of God whose big heart reaches out to the lost. Here we see 6 parts to the story’s beginning.

God’s directive to the prophet was clear: “Arise, go to Ninevah, that great city, and call out against it.” Jonah’s divinely commanded assignment was to go to a large, wicked city and preach the message of repentance, thus giving the Assyrians the opportunity to turn to God. But Jonah had a problem with that. Jonah was ethno-centric, and believed God was too.

Jonah was a racial bigot. He was filled with ethnic prejudice. He was delighted that Israel was the apple of God’s eye, but was disgusted by the thought that God may show compassion on non-Jewish pagans. Jonah feared God’s heart of compassion would succeed in reaching people outside of his comfort zone. So he ran away from God.

Jonah’s defiance of God’s command could not have been more severe. Clearly, he attempted to flee from the presence of the Lord” (stated 2x). Instead of heading east toward Ninevah, the prophet first went south to the seaport town of Joppa. There he bought a ticket to sail to the western shore of the Mediterranean Sea. The prophet headed straight west—the opposite direction of God’s command. Instead of heading 500 miles east to Ninevah, he got on a ship to get as far away as he could. In the context of our local church, that would be like God saying to one of us here in Cleveland, “Go to New York,” but instead we get an Uber to the airport, and take the first flight to San Francisco.

In response to Jonah’s defiance, “the Lord hurled a great wind.” Remember, God is the Lord of the storm, as Steve Lawson writes, “The point is abundantly clear: God controls all events on both a large and small scale, from an immense storm on the Mediterranean Sea to the individual life of one of his servants” (Foundations of Grace, Vol. 1). The sailors became afraid, but where was Jonah? He was fast asleep in the bottom of the ship, oblivious to how his sin affected the people around him. Sadly, this is often the way it is with our sinful choices. At the moment of temptation, the welfare of everyone around us does not matter. It’s all about us.

In response to the sailors’ query as to Jonah’s identity, he replied, “I am a Hebrew, and I fear the Lord.” Jonah’s key identity marker was his nationality. He was a Hebrew. But Jonah was more than intensely patriotic; he was ethno-centric. In his mind, there was only one people group that should receive the favor of God, the Jews. Only Jews should be God’s people. Jonah’s testimony was true. God is “the God of heaven, who made the sea and the dry land.”

This was also a confession. He was sailing away from the God who made the sea.

Read the text and notice how the sailors did everything possible before choosing to throw the guilty one overboard. In the process, the sailors turned in repentance toward the one, true God. What a testimony to how God’s grace continues to triumph over sin!

God “appointed a great fish” to serve His purpose. Some people marvel at this act of God, but it was nothing for Him. According to the Genesis account of creation, it was on the 5th day that God filled the skies and seas with living creatures, even “great sea creatures” (Gen. 1:20-21). It was nothing for the God who created the great sea creatures to simply direct an uber fish to go pick up Jonah. Psalm 135:6 affirms, Whatever the LORD pleases, He does, in heaven and in earth, in the seas and in all deeps. In the belly of the great fish, God now has Jonah’s undivided attention.

What are some conclusions and applications we can make from Jonah 1?

The true messenger of God does not select his audience. He simply delivers the message to whomever God sends him. He is also not responsible for how people respond to God’s command to repent; he is only responsible to faithfully deliver God’s message. God is in charge.

God sent His Son into the world to fulfill the promise of redemption and bring the good news of His love and grace toward sinners—sinners of every color and nationality. When the Apostle John received the Revelation, he got a glimpse of the throne room of God where a new song was being sung, “You are worthy to take the scroll, and to open its seals; for You were slain, and have redeemed us to God by Your blood out of every tribe and tongue and people and nation” (Rev. 5:9). The Bible makes it very clear that God will one day receive worship from every ethnic group: “All nations whom You have made shall come and worship before You, O Lord, and shall glorify Your name” (Psalm 86:9).

Our responsibility is to take the seed of the gospel to the soil of human hearts. It is God’s business to save and forgive sinners. God’s heart for the lost is infinitely bigger than any ethnocentric human prejudice. Let us pray the Lord to make our hearts more like His!

[This post is adapted from the podcast God Does As He Pleases.]

Receive this book for a Donation of Any Amount 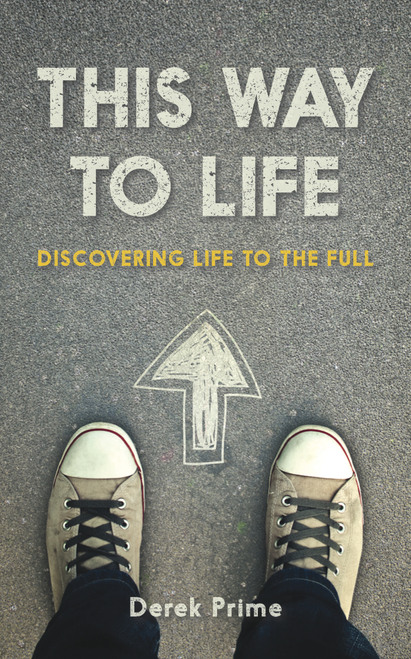